Last year I wasn’t terribly excited about the Azone releases — apart from Haru Usagi-san Mia and Mio of course, haha. But those 10th anniversary re-releases weren’t very interesting to me because the outfits weren’t that much to my taste… nor did they include the face sculpts that I like best. Although, now later on the nikkori versions of Cheshire Cat Aika and regular Tick Tock Rabbit Himeno have grown on me – and I’d love to get Aika’s red dress and ribbon hairband for Yumei. It would look really lovely with her black hair. x3

But anyway, I spotted some photos of the incoming Azone Pureneemo releases on flickr from the Doll Show 42, then proceeded to check MFC and twitter for more info and photos – my gods, I really love that Swan Lake Raili!! ;__; Her cute face and outfit are perfection~ ♥ Although she’s perhaps a bit too monochromatic to my taste when her outfit has so many gray-ish tones, and I don’t generally care much for silver hair on dolls, but… she’s sooo cute!! ;__; I’ve been looking for either regular Majokko Raili or Bambi-san Raili, but especially the latter is hard to find for a reasonable price these days… I paid 30000yen for Usagi-san Miu ’cause she could be considered my “grail” when it comes to Azone dolls, but the others I’d rather not use as much money on. xD;; I’d prefer if I could buy them around 10-13000yen, my maximum price being 16-18000yen. But preferably as little as possible, ahah. So far I’ve had good luck with the others. But I certainly hope that the Swan Lake Raili won’t be limited – I’ll definitely pre-order her! T__T Finally a cute Raili of my own, eheh~ I really love that outfit, it has so many cute little details. >u< And her blue eyes are definitely lovely~ I just giggled a little because she seems like she'll be released in summer - her outfit looks very wintery to me, haha. xD I'd definitely want to photograph her out in the snow~ ♥ And also, quite surprisingly I really love the new Little Briar Rose Lien! ;u; She hasn’t exactly been one of my favourite faces, although her Majokko 1.1 version has grown on me… but this one is just sooo pretty, I completely adore her outfit, it’s to die for! T__T ♥ She’d be another green-eyed blonde girl, but… ugh, I want her too! xD I should’ve known that after many not-so-interesting releases, Azone is going to troll me hard this year, ahah. xD Fingers crossed neither of these girls will be limited. ;___; ♥

… although, it doesn’t end here. When I was digging around for more info, I also spotted that there will be two versions of Koron for this series too. She also isn’t my biggest favourite, but as I’ve seen her in other people’s photos, she’s grown on me. But, I right about died at the Wolf version of Koron! THAT WOLF HAT OMG! xD It’s soooo adorable, I love animal hats on dolls so much, haha~ Well, her outfit as a whole is lovely and she also has really beautiful blue eyes. ;__; She, too, has silver hair, though… and I generally like the regular smile better for Koron, than the :3 mouth… the Little Red Hood would have the mouth that I like better, but she’s blonde with green eyes… blue eyes definitely trump in this case. And the wolf hat. xD I really, really, hope that if one of them is the DS version, it would be the Little Red Hood one… because I really want the Wolf version, ugh. Those eyes and that hat, I can’t get over them. xD

The Pink! Pink! a la Mode Sahra is really cute, too… but she’s not a must-have, I’d rather get the Happy New Year 2015 Sahra because I love her kimono and brown hair… but she’s a DS version so hunting her down is a bit more challenging ’cause I’m sure her second hand prices just keep going up over time… I couldn’t afford to order her when she was released, so I’ll have to keep an eye on Y!J and Amazon. Perhaps I’ll get lucky at some point. :3

But yeah, this will certainly be a Azone year for me! I did already promise that I wouldn’t buy any BJDs this year because 2014 was crazy with all the limiteds — only exceptions will be if Bimong re-releases Narins and Soom has a Faery FCS including Asis and Gray skin — so I can fully focus on gathering more cute little neemos. They’re friendlier for my budget, too, ahah. xD I can’t wait for some new info on these cuties!! ♥

Here are some better photos that one of my contacts on flickr, Άρτεμις. posted: 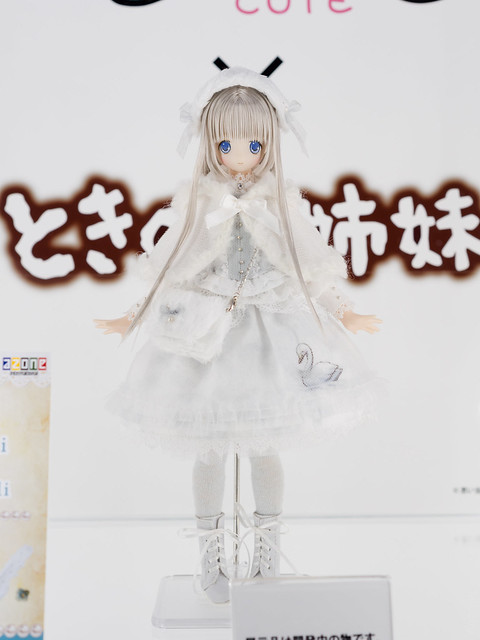 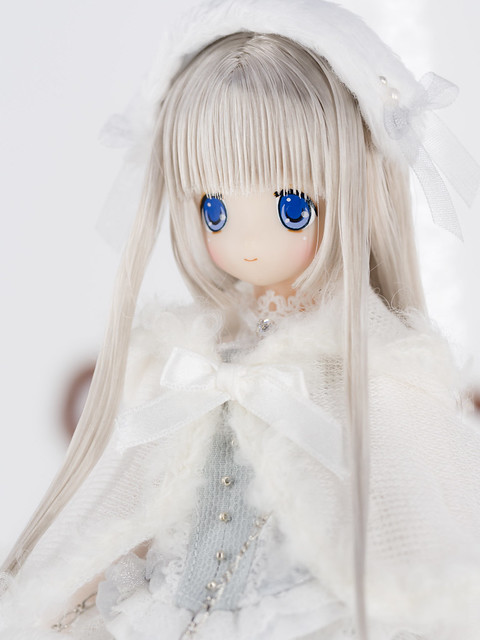 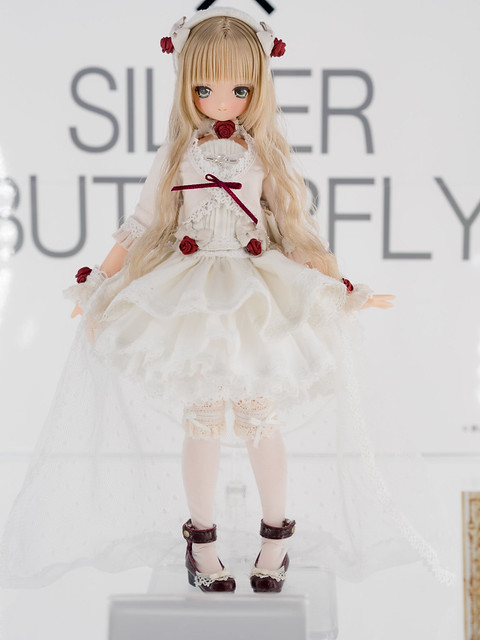 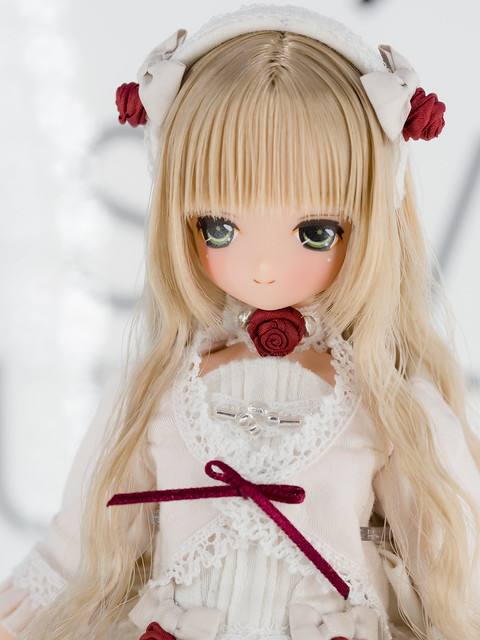 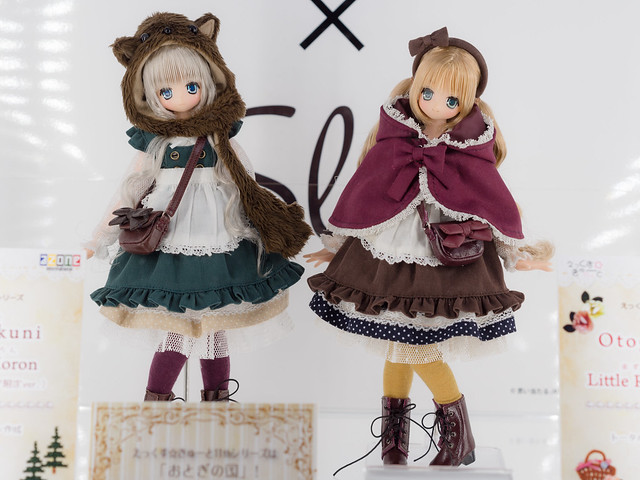 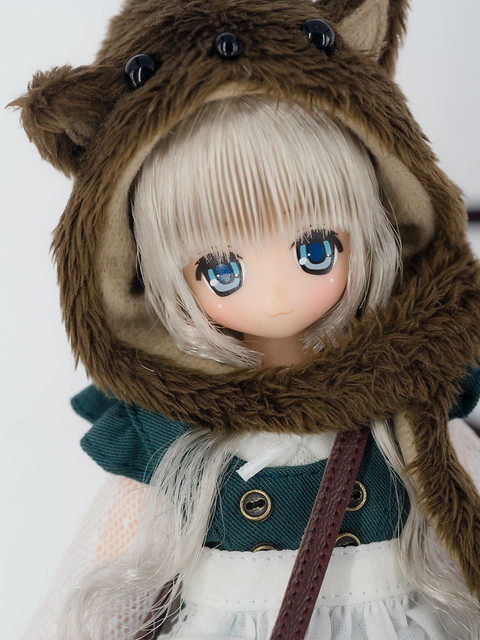 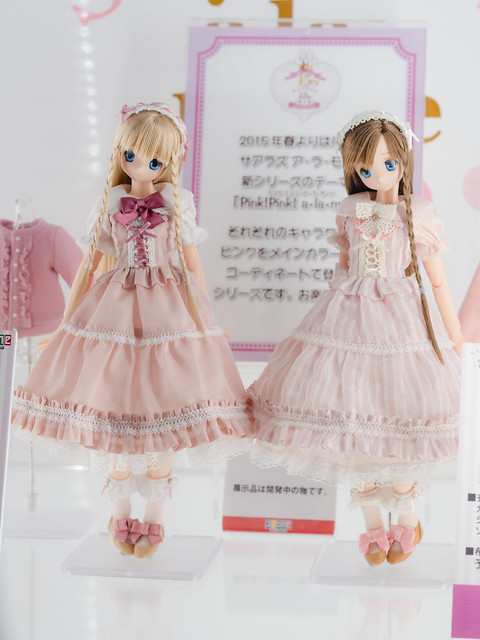 Windy day at the lake