By this time of year we already have more daylight so with morning arrivals I can get box opening photos in natural light… but this time I only have ugly photos to show because our PO sucks and I’m only able to pick up packages that are classified as maxi letters after 6pm. If she’d been available for pick up already last night, I couldn’t waited until this morning to pick her up and open her when it’s light out, but the customs/postal service was super slow… I paid the customs fees already on Monday and yet it took this long to get her from Helsinki to Jyväskylä. -__-*

But yeah, she took forever to get to me to begin with, thus the impatience. I had already given up hope completely and thought she was lost in the mail… but when I received a letter from the customs office on Monday saying I have a package from Hobby Search, so I knew it had to be her!! ;A; ♥ PHEW! @__@;;; A HUGE weight off my shoulders…

The arrival in question is Ghost in the Shell S.A.C. Kusanagi Motoko figma by Max Factory. ♥ Here are a couple of BO photos:

Ghost in the Shell is one of my favourite animes ever (it’s one of those series that my brother introduced to me and that we’re both huge fans of) so when I saw that they were gonna release this badass figma of Kusanagi Motoko, I HAD to pre-order her. She’s one badass lady and she’s also voiced by my goddess Tanaka Atsuko~ ♥ She’s so awesome! I can’t wait to take some kickass shots of her, uhuhu~ *____* ♥

Sooo relieved I finally got her! First her release got delayed from December until January, and then there was that LONG mail adventure. But she’s here now and I’m extremely pleased with her!! *fangirl squeal* ♥ ♥ ♥

Here’s a test shot that I uploaded to flickr: 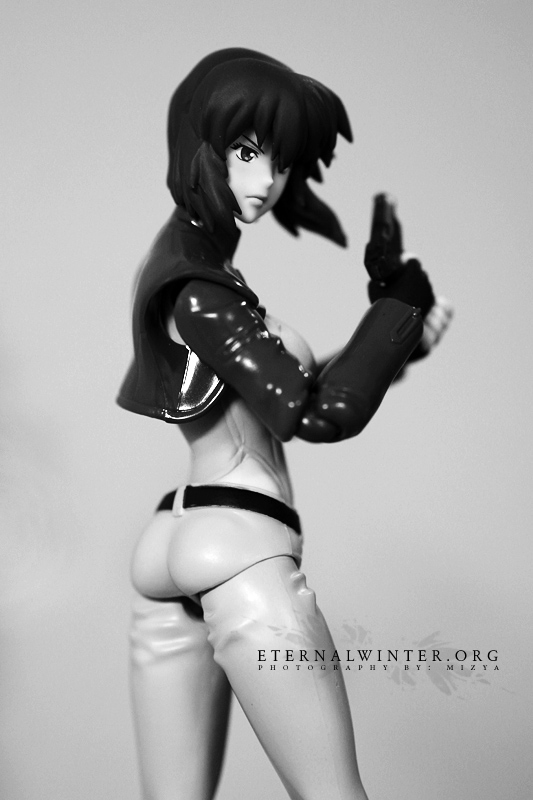