Wheee, I got to pick up two pretty figures today… and some BJD supplies and a pair of circle lenses for myself, but naturally this box opening shall focus on the figures, not the other stuff, haha. ( ´∀｀)

I’d ordered these on separate days, but I ended up getting them on the same day after all… that usually happens. Although, I was pretty annoyed ’cause this morning I still had no idea about the other package’s whereabouts, it had left Japan over a week ago and the Finnish postal service’s tracking system still couldn’t find it. Well, I checked my mailbox as I left in the morning and there was a note… thanks to that I found out where the package is. They always create their own tracking code for the packages when they arrive in Finland, although the tracking SHOULD work with the original code, too. But some idiot had typo’d the original Japanese tracking code, so of course I didn’t receive any updates with it, grrr! But well, at least I finally found that damn package. “ヽ(´▽｀)ノ”

I didn’t realise that figures come in huge boxes… I barely managed to fit one in my backpack (although I couldn’t close the zipper all the way) but the other I had to carry in my arms because the bag that I’d prepared was too small for it. (*≧▽≦)ﾉｼ)) My back is dead again now, ahah…

It certainly feels nice to open up some boxes after that con disaster, haha~（ ´∀｀）Especially when one of them happened to be my grail figure. ♥ I never really felt the need to own any figures… I mean, sure, I liked looking at them but I didn’t feel like buying any (also because I was such a kid back then and used up my pocket money on manga and copic markers, I couldn’t have even afforded to buy figures – let alone been able to order them from Japan) for maaany many years. But I got the Oboromuramasa game in… 2010? And I totally fell in love with it. ♥ One day I was randomly googling artwork ‘n’ stuff, when I came across the Momohime and Kongiku figures and was all omg! Because the game is gorgeous and when I saw that they’d made such pretty figures of the characters, I was just ecstatic! Only, then I found out how expensive and hard to get they are, ahahah… (ﾟДﾟ;) It took several years of saving up, but finally I found Momohime for a reasonable price and I had the money, so I put her in my shopping cart at lightning speed, lol! And now she’s miiiineeee and I’m so happy~ (´ ▽｀).。ｏ♡ I’m happy about Luka, too, because she has a really lovely dynamic pose and she’s really detailed, too~ ♥ Since figures have fixed poses, I wouldn’t want to buy anything that’s too static… those would get boring to photograph (and look at) in the long run.

I have a couple of other pre-orders running, so I should be getting some more lovelies this spring~ ♥

Here are some test shots that I posted in flickr: 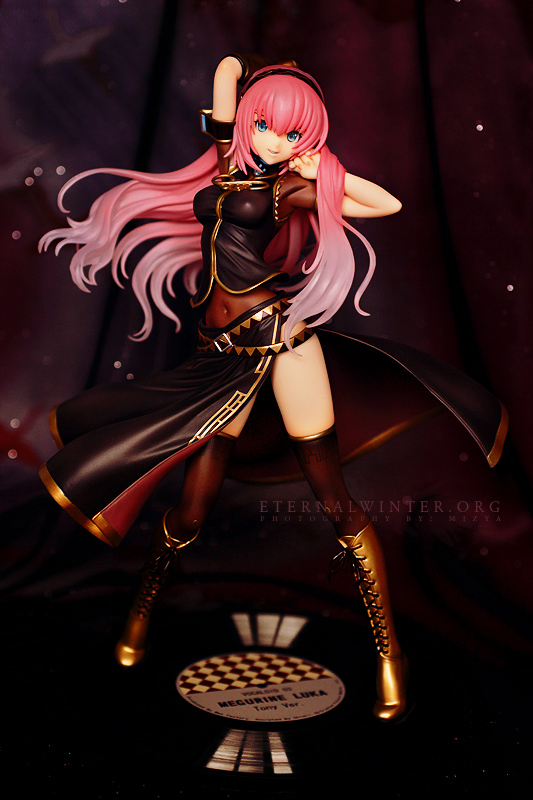 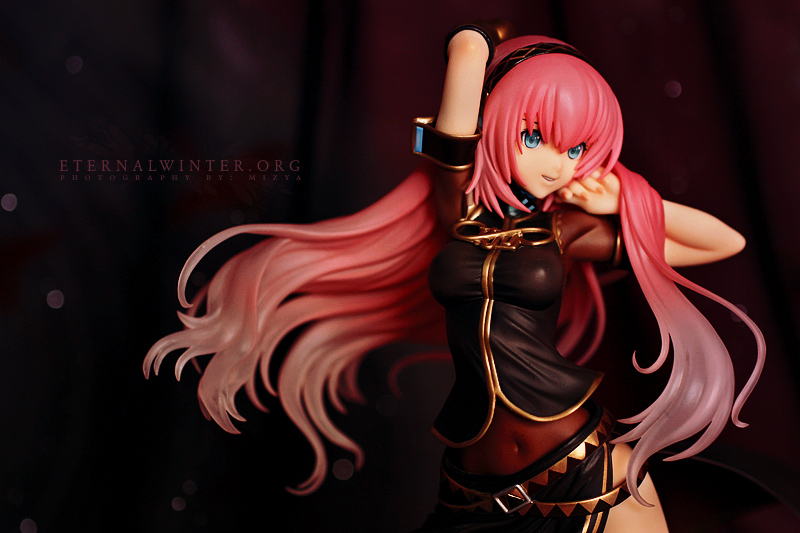 Tomorrow I’ll take Momohime out for an epic snow photoshoot, for sure!