This blog is all arrivals lately, haha. (･∀･；) But I guess it would just be dead if I didn’t document the box openings. Scenery, please get pretty soon so that I can take photos again?

But yeah, some new figures arrived today~ ヾ(＠°▽°＠)ﾉ Both are re-releases of my favourite girls, and I’m super thankful that they were re-released ’cause I now I didn’t have to hunt them down on the second hand market yaaay! They’re Aquamarine’s IA ver 1.5 and Kotobukiya 4-leaves Sakagami Tomoyo~ ♥ 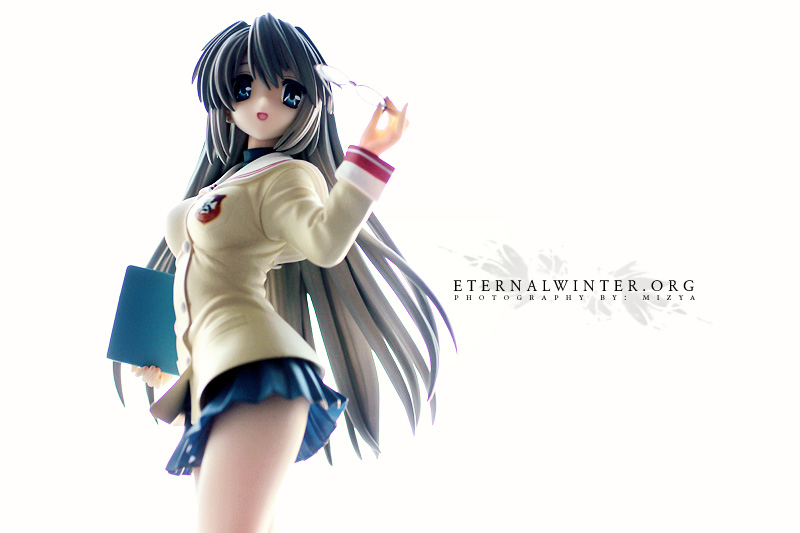 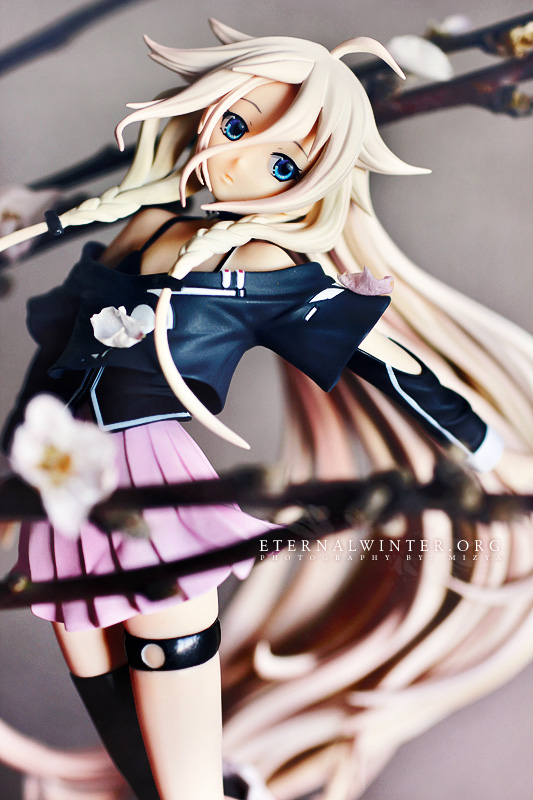 IA is my favourite VOCALOID and Tomoyo is my favourite girl from CLANNAD, so it was quite appropriate for them to arrive at the same time. I love IA because she has trance-type songs, her design is pretty AND her voice is LIA from I’ve Sound. (ღ˘⌣˘ღ) ♥ I’ve Sound girls have been one of my favourite singers for maaany many years since the early 2000s, my brother introduced me to them. LIA and Shimamiya Eiko/PEKO are my absolute favourites, but I also love KOTOKO, MELL, Kawada Mami, SHIHO, Utatsuki Kaori and others~ ♥ ♥ ♥ I’ll link some of my favourite IA songs here. ヽ(｡･ω･｡)ﾉ

Best IA song ever!! I’ll never get bored of this~

And for reference, メテオ sung by LIA:

I looove her beautiful voice so much!!!

LIA has also sung for CLANNAD, so in that sense it’s appropriate that I introduced these two figures together, as well, haha. LIAception!!!

This song I adore sung by Riya, though: here.

And I’m also linking this song ’cause it’s the first ever I heard and loved from LIA and I still love and adore it:

Whoops, I ended up spamming. This always happens when I talk about my favourite songs, I get super excited and can’t stop linking them, lol!

And I must add that when I say that I’m a fan of CLANNAD, I mean the visual novel, not the anime. Well, the anime is nice in the way that I got to see some of my fave scenes animated (mainly anything to do with Sunohara lmao), but I don’t appreciate at all how they combined all of the girls’ routes… and they ended up becoming only minor characters in NAGISA’s story… pardon to everyone who is a fan of her, but I can’t stand her. (･∀･；) I really don’t understand the appeal of naive airheaded girls, I really don’t. *SPOILER ALERT START* When I played the after story VN, I just waited for Nagisa to die lol… yes, I’m awful. Her and Tomoya’s daughter Usio is super cute, so I wanted to get to the daddy-daughter interactions fast! I love daddies with their daughters nuuuu! ♥ *SPOILER ALERT END* Tomoyo and Kotomi are my faveees. (´；ω；`) ♥ Tomoyo has such a lovely personality and Kotomi is a cutiepie with a deep and meaningful story, it broke my heart a million times. Precious baby!! 。：゜(；´∩｀；)゜：。 The whole VN is so damn depressing and sad, lol! But I still love it so much. ♥ I really like how the fans of the anime think that the happyhappy ending is the true ending… it really is not. It’s just a happy bonus you get after you complete the true storyline. It’s not the true ending, nope.

But yeah, I tend to have this rebel mentality that in dating SIMs I don’t like going for the “obvious” choice… especially if there’s some “this is your fated person” vibe. I suppose I’m too cynical, so I don’t believe in fate, lol! （ ´∀｀） Like, in Tokimeki Memorial Girl’s side, I soooo did not want to go for Hazuki Kei’s route, since he’s the main guy and the obvious choice… but goddammit, he’s voiced by my love Midorin ♥ (Midorikawa Hikaru), so in the end I wasn’t able to stay away. My resolve is weak when it comes to my fave seiyuus. “””oTL … Actually in Starry☆Sky ~in Spring~ I also went for the main guy, Tomoe Yoh because Midorin was his voice… … GODDAMMIT MIDORIN!!! Lmao~ (ᗒᗜᗕ)՛̵̖ ♥ ♥ ♥ But in Rune Factory, man… that series has some really annoying girls as the main one. Especially Mist from the first game as well as Frontier… Like, in Frontier I’m now married to my precious, precious Juni/Eunice, and STILL that airhead Mist comes INTO MY HOUSE on rainy days. AND EVEN WHEN MY WIFE IS THERE. ಠ_ಠ Like, get away from me you creepy stalker!! ━Σ(ﾟДﾟ|||)━ And in RF2, that Mana… god. She really got on my nerves. And so does Sonia in Rune Factory Oceans – she’s stuck sharing my body and I can’t even DATE other girls until she gets her body back, grrrrr! (ノಠ益ಠ)ノ彡┻━┻ I really don’t understand why the Japanese have this fascination with annoying girls. (･∀･；) Rune Factory 3 is the only one where I married the main girl, Sia… but that was when I played the Japanese version and couldn’t understand everything that she said, lol. Later on I played the English version and I didn’t like her as much anymore, ahah… but I fell hard for my precious Sophia, so I wouldn’t have wanted to marry any other girl anyway. (ღ˘⌣˘ღ) ♥

I guess that’s enough babbling for now, I got a bit carried away again, ahahah… (･∀･；)

The One and only Miku