So, Petunia visited with her DD Hatsune Miku on Friday. In the morning the weather seemed really nice, it didn’t seem like it would be super cloudy at least… and in the noon it was so bright that I almost went blind, lol! I thought that yaaay, now we’ll get some really nice photos of our VOCALOID group~!!! (๑•̀ㅂ•́)و✧

… but of course, it got all cloudy and dark when Petunia came over.（；¬＿¬) It’s so annoying that whenever I have friends coming over to take photos, the weather gets all gloomy so I can’t show off how bright it is in my aparment, lol! Oh well… we’ll have to try again another day. But the next time my twins will no longer have their full default look, as I wiped their face ups and started repainting them today, ahah… I’m bad at keeping default dolls, I always want to paint everything myself. (( ´∀`;)) Makes them feel more like my dolls, somehow.

But anyway, here are a couple of photos of Rin & Len with Miku:

Then Miku got a bit too friendly to Len’s liking…


The above was Petunia‘s idea. (*≧▽≦)ﾉｼ)) Be sure to check out her photos in her instagram, too!


Aaaand I’ll add these two photos from Saturday here, because I can’t be bothered to make a separate entry for them. You can see the difference in lighting, haha… Saturday was really sunny again, of course. (ーー;) I took out the default eyes and tried these Lizanna Stardust series eyes in. I’m not that keen on the default eyes, acrylic just doesn’t compare to urethane (for me personally). And well, the default eyes weren’t even blue, so… I switched them out as soon as I got the pesky hot glue out. They already look so, so much cuter with a change of eyes:

I eventually want to try Dandelion series Lizanna eyes for them, I think that they’d look really cute. But for now they’re going to wear these Stardust eyes because I’m totally broke after paying their customs fees, lol. But well, hopefully I’ll get to shop for eyes & wigs for these two soon. First I gotta complete their new face ups, obviously. Here’s to hoping that I can show their new looks soon! ♡ฅ(ᐤˊ꒳ฅˋᐤ♪)

And oh right – after surviving Miku’s attack, Yuuya got into another bind: 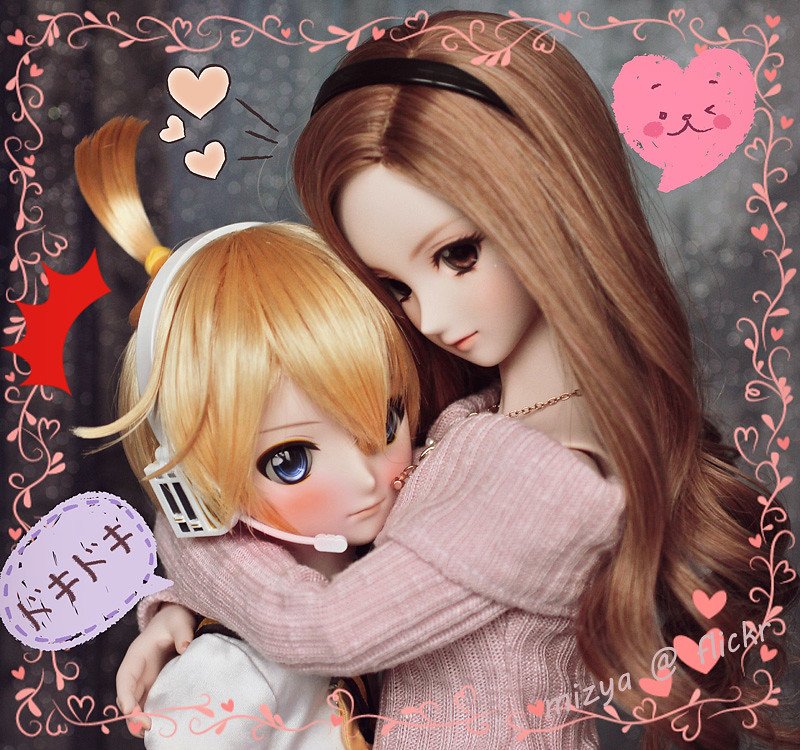