I’ve been a terrible blogger lately, I have a huge bunch of backlogged drafts to finish and publish… “””orz Perhaps I’ll feel more like blogging once my Christmas holiday comes along. ((´∀`;))

Anyway, I noticed something curious today and thought that I’d write an entry about it… because I have some mixed feelings about this.

It seems like in addition to BJD hobbyists, also BJD makers are becoming increasingly aware of Azone International’s dolls. Some months ago Blue Fairy released their Milky Fairy line, which are kind of like their own equivalent to 1/6 scale vinyl dolls, such as Azone. (・∀・) They use Obitsu bodies, actually. Of course, the faces have the charasteric Blue Fairy style, but they’re made of vinyl and have decal eyes. 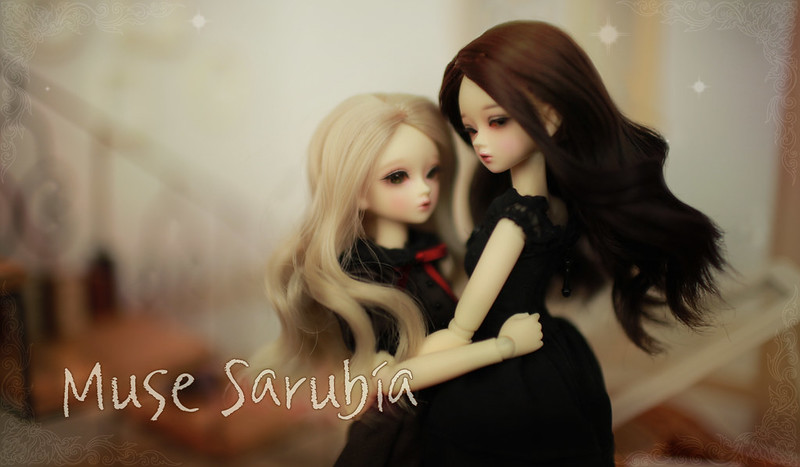 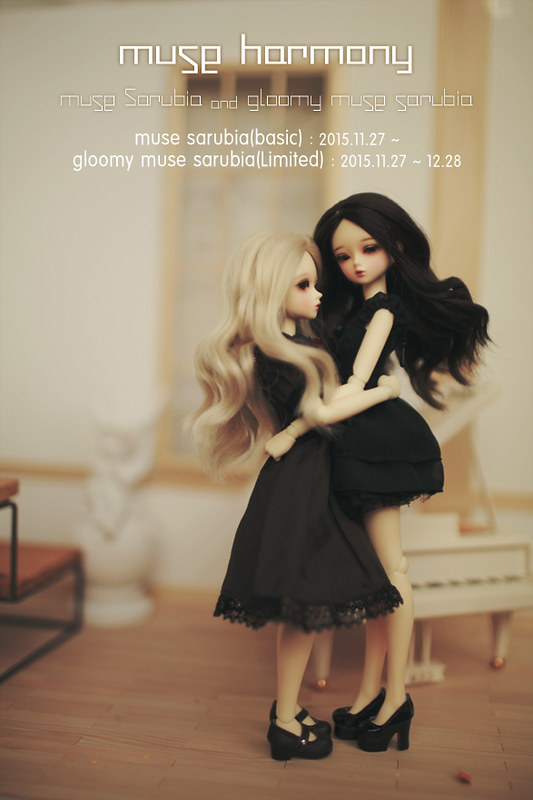 At a first glance I didn’t pay much attention to it, ’cause the doll looked like a regular BJD. However, today I visited their website properly, and was all “Heeeey… those dolls are wearing Azone’s Pureneemo clothes!” ヾ(*’Ｏ’*)ｲ so I did more research and turns out that they’re 1/6 scale dolls with a more mature look. Okay, not that unusual… but THEN, I realised – they’re not strung together, but the parts attach with magnets. Wait, what? Σ(゜ロ゜;) And basically the joint structure is like that of Azone’s Pureneemos, except instead of pegs these dolls have magnets.

Now, visually they’re completely different, LM has done their own sculpting so it’s not like they’re copying… but it kind of amuses me how they’re saying “We have created a whole new BJD with magnets with the idea to make a doll with more convenient parts-assembling and posing, maintaining BJD’s own beauty. We have finally been able to show you this ‘new’ BJD after a long research and development.” … well, I suppose it took a while for them to figure out how to replace the pegs with magnets, but it’s pretty clear where your inspiration has come from – especially since you put Azone clothes on them. (･∀･；) Also, Fairyland’s been pretty keen on using magnets for attaching doll parts, which is especially clear when you look at their new Fairy Line bodies.

Well, I doubt that I’ll be buying one of these dolls, because honestly I’ve come to prefer vinyl over resin… but as an idea they’re nice. Perfect for those who like 1/6 scale and resin BJDs, but would rather do without the trouble of stringing them. (￣▽￣) I’d imagine you’d have to be pretty careful with these dolls, though… I already cursed my MNF A-line with the magnetic hands, it was a pain to fit clothes on because the magnets always tore out the pins, grr! (ーー;) Imagine trying to fit a pinned cloth on these, when they have magnets pretty much everywhere… frustrating! Although, since they can wear Pureneemo clothes, I figure I could use a Pureneemo body as a model…

But well, personally I think I’ll stick to Pureneemos myself. They’re cheaper and come with cute outfits, don’t need eyes and wigs separately… and YEAH – just try to find a decent-looking wig for that doll. (.`･﹏･´.) I already lost my sanity trying to find a wig that wasn’t super poofy and baby-like for my Soom Asis when I had her… one of the reasons why I no longer have said doll.