This week is going to be full of new arrivals, ahah… sorry in advance! (･∀･；) I also still have a post to make about Tracon X and last Friday I visited The Night of the Cats in Korkeasaari Zoo so I have lots of animal photos from there as well. I do wonder when I’ll have the time to get everything organised in this blog, ahah. (;´∀｀)

But anyway, my Amiami August order was available for pick up on Friday at the local PO, but of course I couldn’t pick it up since I was in Helsinki. Sooo I had to wait until today when I returned back home in Jkl. This order contains my 2014 Racing Miku, finally! ヽ(；▽；)ノ I pre-ordered her in, like, last year’s November? She was originally supposed to be released in April but lo and behold – GSC had some delays (yet again). (ーー;) She’s well worth the wait, though, so pretty and detailed~ (｡’▽’｡)♡

I also got Otogi no Kuni Little Red Hood Koron in the same package, so I opened them both at the same time:

I took some test shots of Miku, but only had energy to edit one: 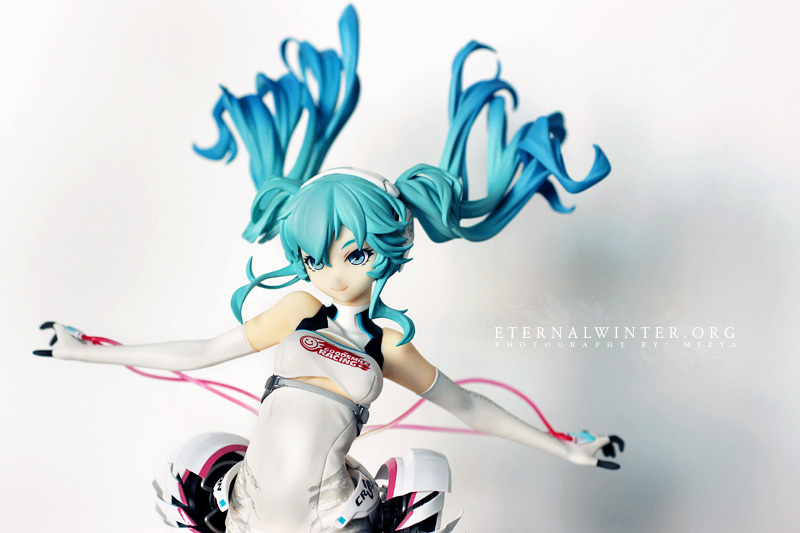 And about little Koron… I planned to name her “Kaho” but she seems like she wants to be named “Koharu” instead. However, I already have Haruna so I don’t know if I want to have two Harus. And then there are Kotone and Kotori, so the beginning “Ko” is a bit monotonous in that sense. ｢(ﾟﾍﾟ) I wonder if I should compromise and name her Kohana… or if I’ll just keep Kaho since I have the kanji (佳芳 “beautiful, excellent” & “fragrant, perfume”) chosen already too. I’ll have to think about this and see if she could get used to Kaho after all.

The Warmth of November