This is a bit of a miscellaneous post, but please bear with me. m(_ _)m I didn’t have time to draft a blog post last Wednesday as I was leaving town, so…

But anyway, my brother bought me a Nendoroid Hinata Shouyou as a birthday gift. He was released late January, I think, and Amiami shipped him out on the first or second week of February… he took a loooong time to get here so I was already afraid that he’s lost, because my February order from Amiami arrived in Finland just a couple of days after it was shipped. But thankfully I got two notes for packages in the mail last week, one of them turned out to be Hinata and the other a pair of Azone shoes from Hobby Search. ヽ(｡･ω･｡)ﾉ

And then I obviously wanted to play with him a bit, even though I should’ve been packing. I also had to google a volleyball court in order to make sure I’d set up the net right. Damn manual didn’t give any instructions for that!! ( ´∀｀)

Now I just need to wait until June to get Kageyama~ 〜(￣▽￣〜) I certainly hope that his piece of the court will be a mirrored version of Hinata’s piece, so that I could have both sides of the court! … and then I need to pray for the strenght to resist any possible future releases. I love the whole Karasuno team and if they make nendos of everyone, I’ll be in a lot of trouble!! ♥（ﾉ´∀`）

But yeah, on the same day that Hinata arrived, I went to visit my parents… I took Sachi with me, hoping to be able to take some outdoor photos of her. Sadly I didn’t have the time for that, but I did take a portrait of her indoors: 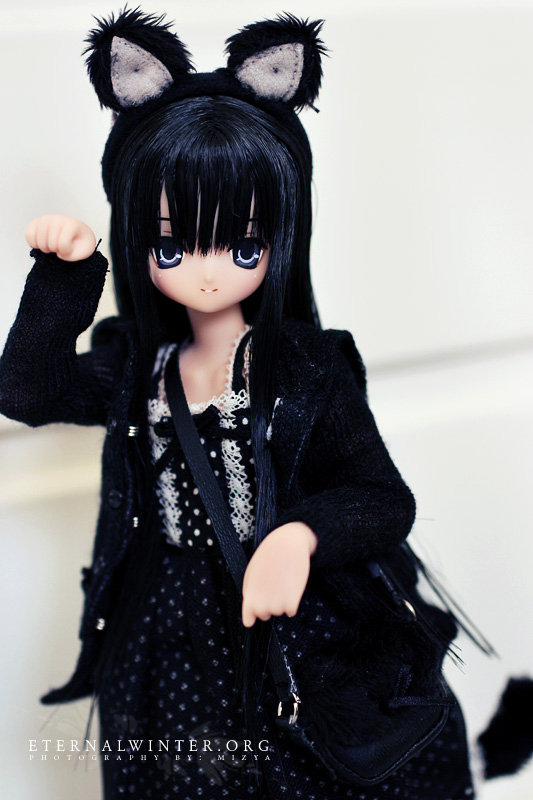 And I also tried introducing her to Valtteri, however…

Tomorrow I should finally get my Aquamarine IA 1.5 and Kotobukiya Sakagami Tomoyo figures home, yaaaay!!! ヾ(＠°▽°＠)ﾉ Can’t wait, IA is my favourite Vocaloid and Tomoyo is my favourite girl from CLANNAD~ Waifuuuu~!! ( ˘ ³˘)❤