Yaaay, my BlackxPink Yuzuha arrived yesterday morning! ٩(｡•ω•｡)و I’ve been eagerly waiting for her because she’s my favourite from the Pink! Pink! a la Mode series. Because I love Yuzuha’s sweet face and her outfit is really cute, too~ ♥

I’ve talked about her a couple of times before, so some of you might remember that I decided to name her Yuzuki. As a background story for her, I figured that she could be a former child-talent and now an idol… since I have Rika who’s an idol and I ordered the GrayxPink Lycee to represent her idol persona. Sooo, I figured that since Yuzuki is also from the Pink! Pink! a la Mode series and would match idol!Rika a.k.a. Lisa nicely – let’s make Yuzu an idol too! ( ´ ▽ ` )ﾉ

But maybe we should move onto opening the box, before I babble on for forever, lol~ ( ´ ∀ ` )

The kanji that I chose for Yuzuki’s name is 弓月. The first kanji is for “bow” and the second is “moon”. As an idol she goes just by ゆず (Yuzu) though and her fans call her ゆず姫 (Princess Yuzu).

I’m really excited about her, she’s soo cute! (≧∇≦)/ Yuzuha is definitely one of my favourite girls from Azone! Someday I’ll hunt down Strawberry Anmitsu Yuzuha, because her twintails are so adorable~ ♥

I made her a sleeveless shirt today because it’s summer here and I thought that long sleeves looked a bit too hot for this weather, ahah… and I also took some more photos of her. I braided her hair in an attempt to curl it, but just keeping them overnight wasn’t enough… I’d want her hair to be wavier. ヾ(´･ ･｀｡)ノ” I already have Yumei who has long straight hair, so I at least want to curl Yuzu’s hair in order to make her look more different… I also think that a bobcut could be really cute on her. But I’ll try the wavy curls before cutting her hair. 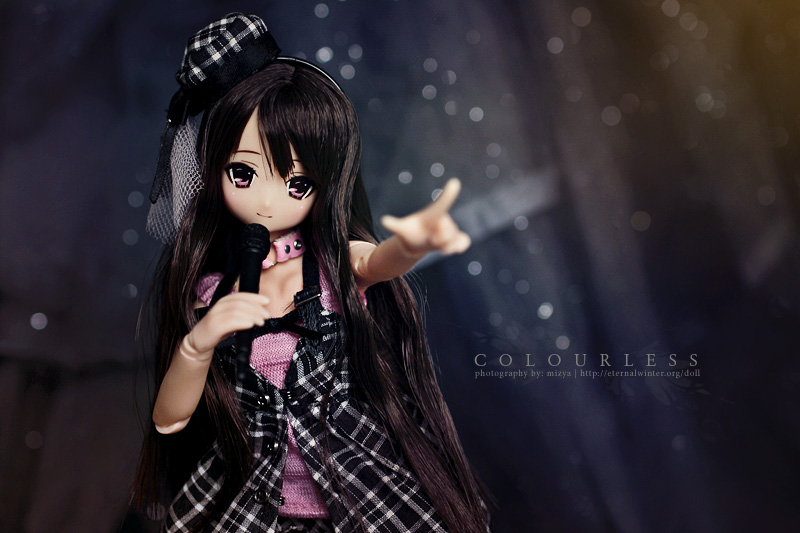 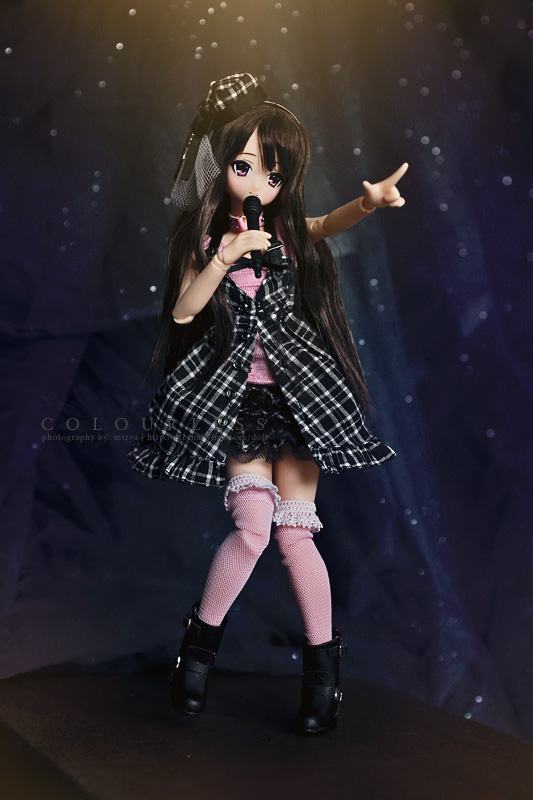 And a photo together with Yumei, my first Yuzuha:

I kinda feel like Yuzu’s eyes are slightly bigger than Yumei’s, but I don’t know if it’s just me. (。ヘ°)？In any case, I don’t mind because Yuzu is supposed to be younger than Yumei anyway.

Sudden visit and a surprise

Maintenance: Getting rid of loose knees